Here’s a 1940 photograph of Grand Street looking east from West Broadway in SoHo. Naturally the first thing I noticed was the unusually curved lamppost on the corner. Why would a lamp have such a shape? The answer is simple. Until the late 1930s, the 6th Avenue El traveled up West Broadway to West 3rd Street, where it briefly jogged west until going up 6th Avenue. The lamppost is shaped like this because a pillar was also located at about the same spot and the pillar likely had something attached to it. The el itself was built in the 1880s, with the lampposts arriving in the 19-teens; the city decided to best illuminate the corner by placing a lamp here, but they had to make it get around the pillar and whatever was attached to it. The el was removed in 1938, and the lampposts were left over. 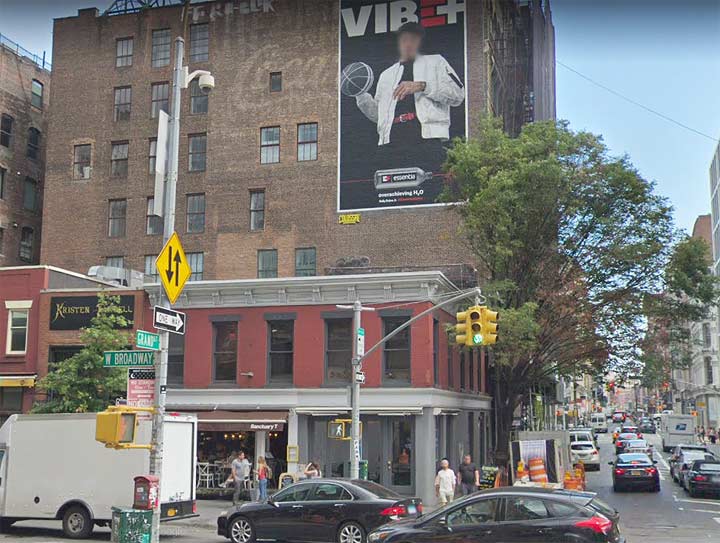 Most of the buildings in the photo are still in place in 2018. Interestingly, I have known about the faded Coca-Cola ad on the building for over 20 years, but it does not appear in the 1940 photo, which is for “Service Suits.” What could have happened was that Coca-Cola appeared first, and Service Suits was painted over it with a lower quality paint. Service Suits faded, revealing Coca-Cola underneath.

By the shape of it, is that the original fire call box in the lower photo that’s in the 1940 photo?