Lord & Taylor, a department store fixture on 5th Avenue between West 38th and 39th Street for decades, has now closed. The building will remain, but will become offices including a WeWork shared workspace franchise.

Samuel Lord (1803-1889) was a British foundry worker from Yorkshire who came to the USA with dreams of entrepreneurship, opening a drapery-dry goods shop on Catherine Street in what is now the Lower East Side in 1824, and after struggling for over a decade, he sent for his wife and children to join him in the USA. At about the same time his brother-in-law, George Washington Taylor, joined him as a partner and investor.

Lord and Taylor opened a larger store near the docks at Grand and Chrystie Streets in 1854, at a time when Grand was among the city’s busiest shopping streets — it was close to the east side docks along South Street, making importing goods a simple matter. The business became wildly successful, both men were millionaires by the early 1860s, and were then able to retire and return to England. The store moved to East 20th Street and Broadway in 1902 and then to 5th Avenue and West 38th Street in 1914, where it has continued an over 150-year run of success, until 2018. 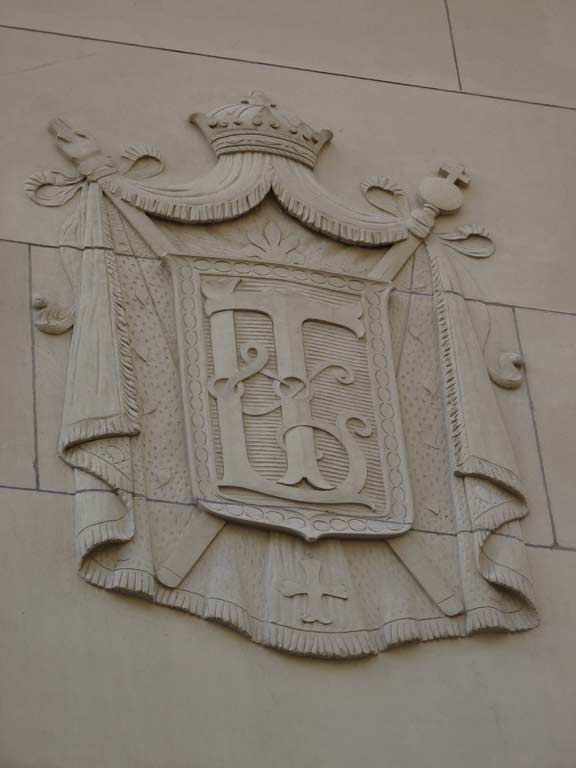 The building’s detailing will likely still remain. As Samuel Lord was a Britisher, suitable iconography appears with the company’s initials above the entrance, a crown, sword and scepter. 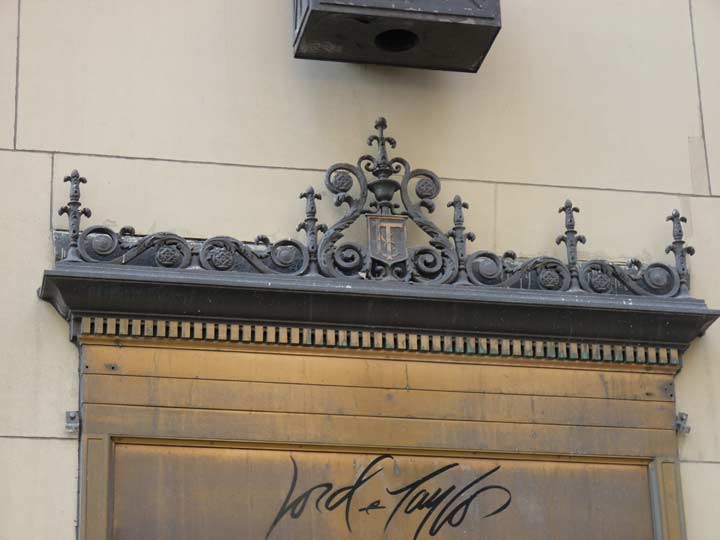 I imagine the script writing with the store’s name will be coming off, but the metalwork with the LT initials will remain in place. Decades from now, urban chroniclers like myself will have to research what the “LT” meant.

Another Samuel Lord remnant is Claremont Terrace in Elmhurst, where Lord owned property and built a number of opulent townhouses. The last one, which had deteriorated to a dilapidated state, was razed in the early 2000s.