TRIBECA BECKONS. Paint, Paper, Paste and Push…what is it?

Tribeca, the Triangle Below Canal Street, was saved when Robert Moses’ plan to run the Cross-Manhattan Expressway over Broome Street was defeated. It saved a lot of ancient ads that call Tribeca home! 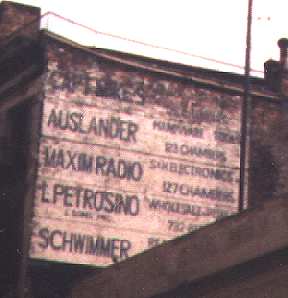 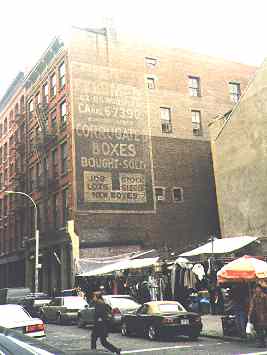 Corrugated boxes on Prince and Wooster 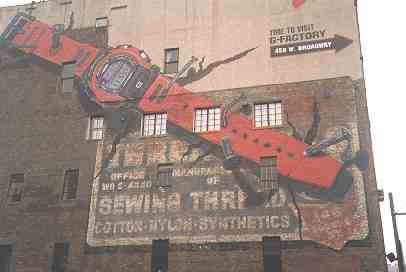 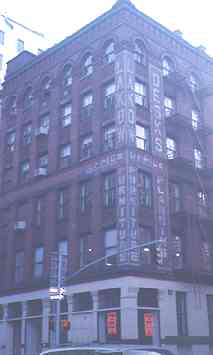 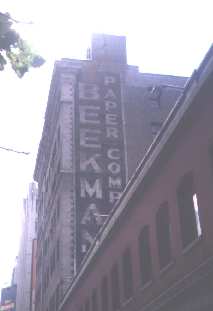 On Hudson near Spring we have Beekman Paper. 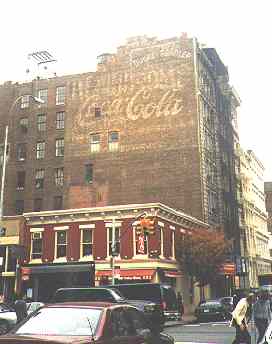 This Coca-Cola palimpsest is at West Broadway and Grand Street. It probably goes back to the 1910s at least. Can any Forgotten Fans make out what the original ad (before Coca-Cola was painted over it) was? 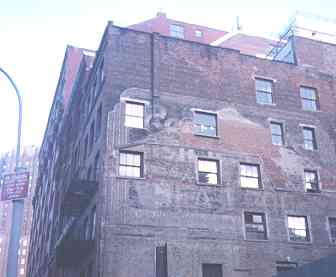 Seafood Restaurant ad painted over the ghost impression of a previous building, Hudson at Ericsson Place. The outline of the house is that of the house that inventor John Ericsson (of Monitor fame) lived in between 1864 and the year of his death, 1889.

August 2000: This is now obscured by new construction. 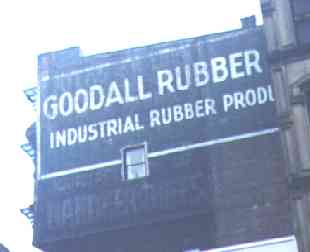 Brush Up Business with Paint, Paste, Paper and Push!

This sign had been a mystery to me for some time.Forgotten Fan David Hall submits a column from the May 27, 1994 New York Times which clears it up. Apparently the sign is an ad for outdoor advertising, an ad for ads. In the phrase ‘Brush Up Business with Paint, Paste, Paper & Push’, “push” means “sell” and is here for alliterative purposes. A little awkward, but copywriting has improved since, we think. 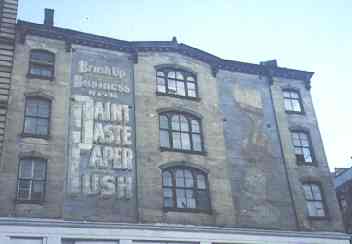