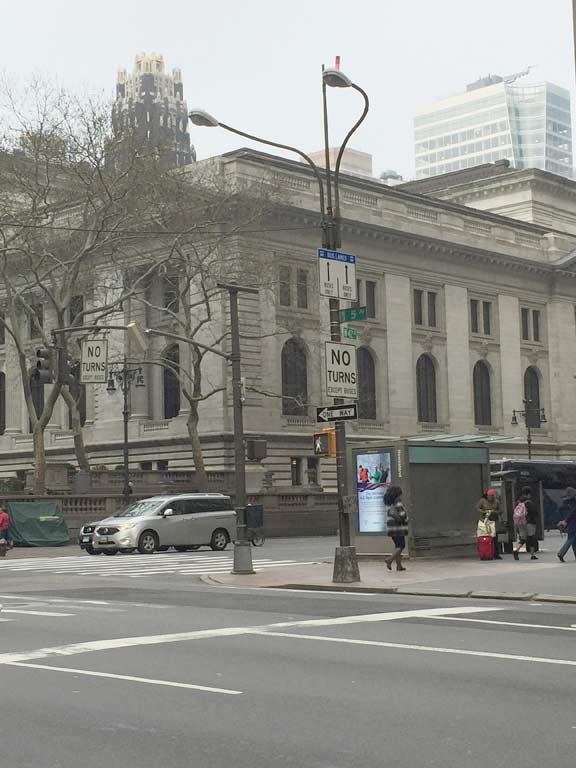 Ten years ago in 2008, Forgotten NY chronicled the remaining Twin Donald Deskey lamps on 5th Avenue, and found that their numbers were dwindling indeed. In the ten years since, this winnowing has continued and there are few to be found. The lamps, first installed in 1965, replaced most of 5th Avenue’s Beaux Arts Type 1 and Type 24 Twins, which first appeared on the Queen of Avenues as far back as 1896 and were among the first electric streetlamps appearing on NUYC curbsides.

As I know all too well, stuff happens. Production of the lamps, first designed in the 1950s by industrial design expert Donald Deskey (who also created the Radio City Music Hall interiors) ended by the early 1980s and since then, Deskey lamps have been gradually disappearing, though hundreds can still be found in all 5 boroughs. When they’re hit by trucks or fail otherwise, they’re replaced by other makes.

Something also happened on 5th Avenue to accelerate their demise in the 1990s, when most of the avenue’s light poles got replaced by the green Twins produced by the 34th Street Partnership. Overnight many of them disappeared because of the rise of the Robos, as I call them. Today, just a few can be found in the 50s, including one in front of Trump Tower, as well as this one, on the NW corner of 5th and West 42nd. 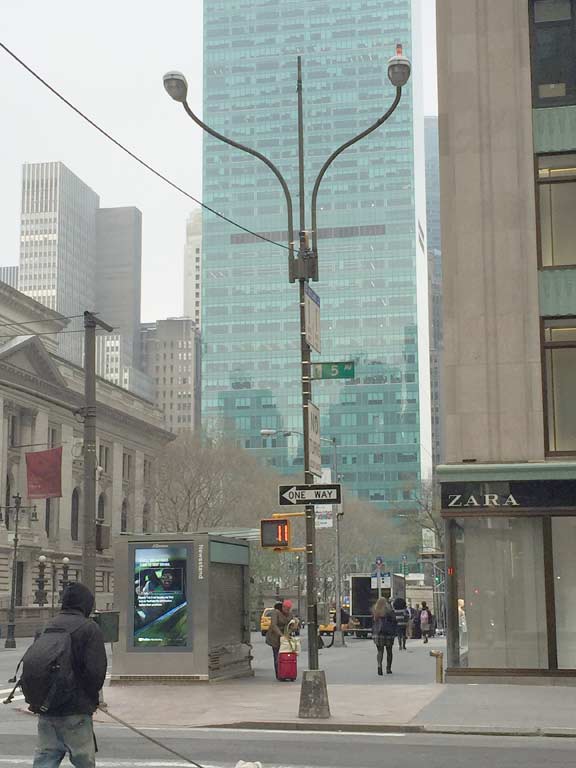 I’ve always been fascinated with the 5th Avenue Specials, as they’re officially known, because they look different from any angle you view them from. And, compared with the Beaux Arts Twins they replaced, they appear to be from a different world. It’s really 1910s design aspects compared with 1960s theories. 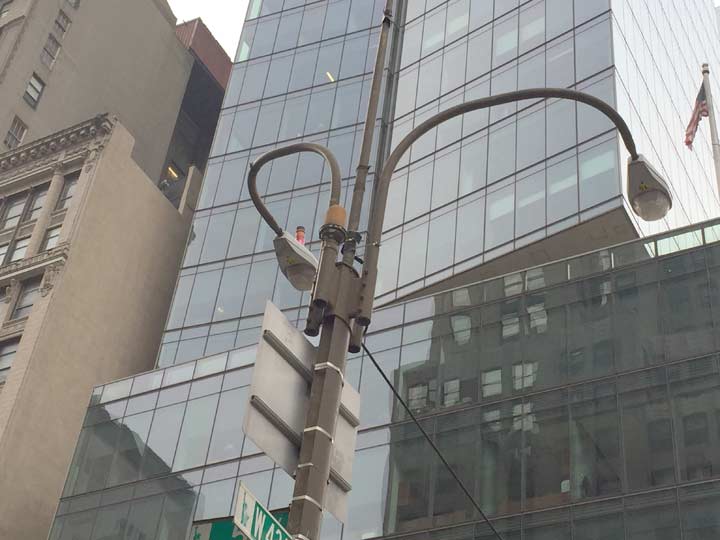 The Specials were eminently adaptable. They were outfitted with modules that could carry stoplights, flagpoles, and other signage. This one carries a now-defunct fire alarm indicator lamp. The central shaft could carry a flag, handy for parades.

I mourn their loss.

The Dwindling Deskeys of 5th Avenue

The “Way Back Machine” awaits:

In my humble architect opinion, the Double Deskey’s are really quite elegant. They almost look like they are snake heads writhing.