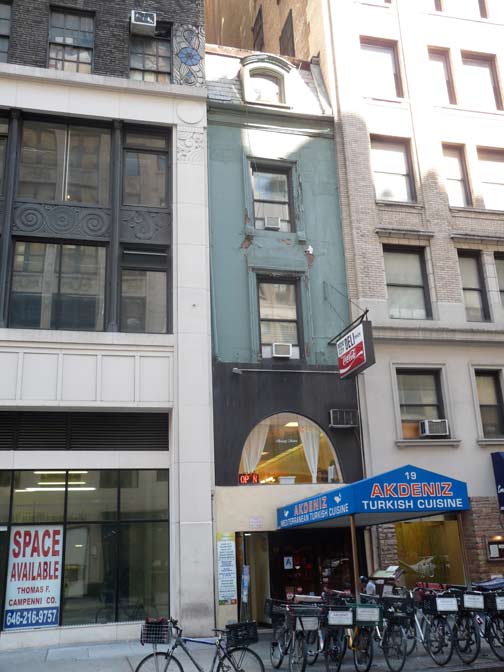 About 6 years after I was tipped off about it by Scouting NY and seeing it for myself, I once again checked on 19 West 46th Street, the Thinnest Building in Midtown. Although most of the buildings east of it on its side of West 46th Street have been torn down, it is still hanging in there, complete with its Turkish restaurant, Akdeniz. 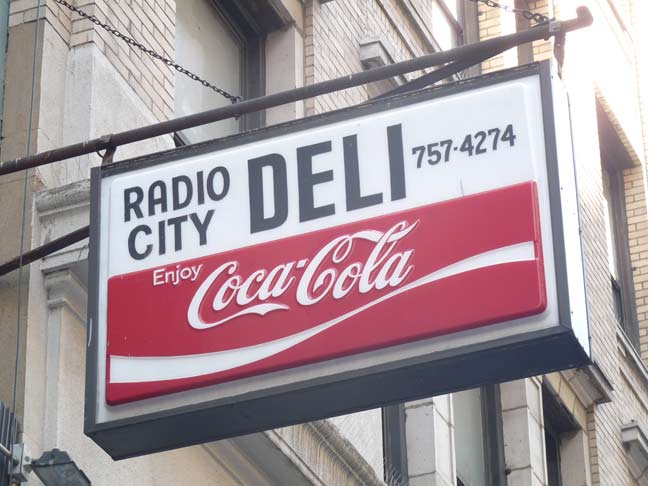 The building’s exterior has been repointed, but unfortunately it has lost its classic leftover neon “privilege” Coca Cola sign, tagged for the nearby Radio City.

At 12 1/2 feet in width it could be the second narrowest house in Manhattan. (The narrowest is #75 1/2 Bedford Street in Greenwich Village, which measures 9.5 feet in width. That building was briefly home to famed poet Edna St. Vincent Millay, and at a different time, anthropologist Margaret Mead.

This building, though, has its own stories. It was once part of a matched set, as its twin, 17 West 46th, was torn down decades ago. Manhattan building lots were sometimes sold in 25-foot-wide parcels and in this case, a developer chose to build two narrow houses instead of one wide one. There’s one apartment per floor, but all have two bedrooms.

According to NY Times architecture expert Christopher Gray, the narrow house was built in 1865, soon after West 46th itself came into existence.