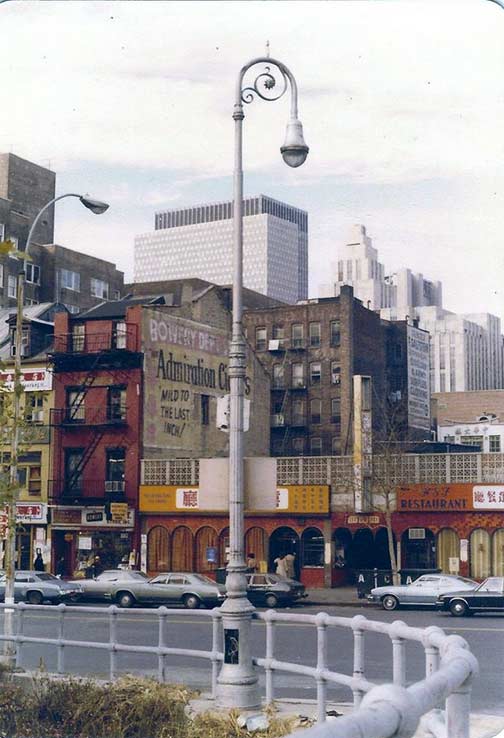 Until about 2000, the Manhattan entrance to the Manhattan Bridge was a graveyard, or depository, for several outmoded types of lampposts… bishop crooks, Type F posts, and post-1950 curved mast posts, likely around a dozen of them. I arrived with the FNY camera a bit too late since most had been removed by the time I started roving the city for them, but Bob Mulero was there for the glory days and got this shot of a Type 24A-W bishop crook with simplified scrollwork and shaft ornamentation.

The old railing remains in place, but has now had a cyclone fence installed alongside it. 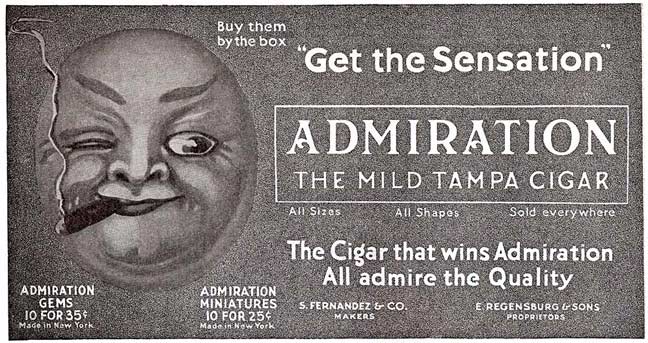 Across the Bowery is a painted ad for Admiration Cigars, which were usually advertised with a smoking man in the moon motif. Apparently they were sold as being milder than the competition.

The F&T Restaurant building has since been replaced by a larger mall-like structure, but the two small houses in the photo, which were likely built in the early 19th Century, are still there. A newer building has been put up next to the Admiration Cigars ad, which is likely still there too, though well hidden now.

What members of the clergy – of any denomination – aren’t?!?