The neighborhood of Kingsbridge lost its namesake crossing more than a century ago when the Spuyten Duyvil Creek was straightened, but in a way it serves as a bridge between the upscale and suburban Riverdale to its north and the more urbanized parts of the Bronx to its south. As with much of the Bronx, it has its share of alleys, grid-defying streets, and historical anomalies. While shopping at the TJ Maxx off of Broadway, I parked my vehicle on Kimberly Place and took a look around this one-block road. 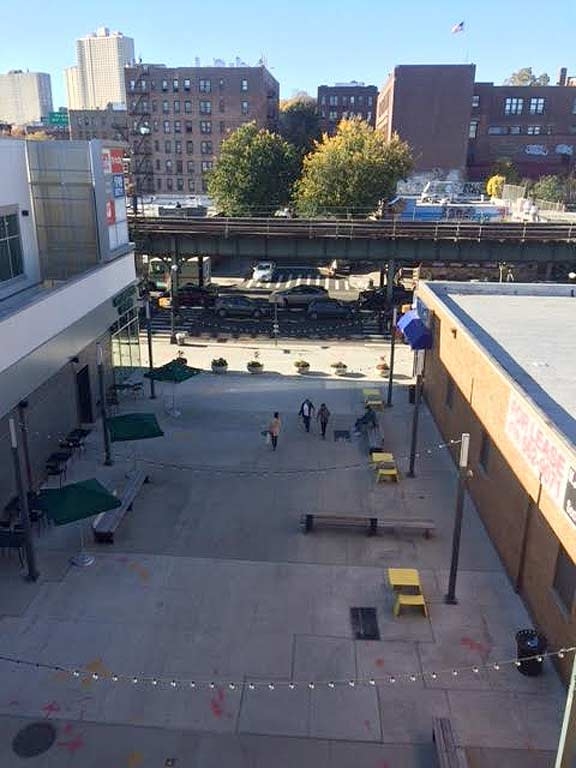 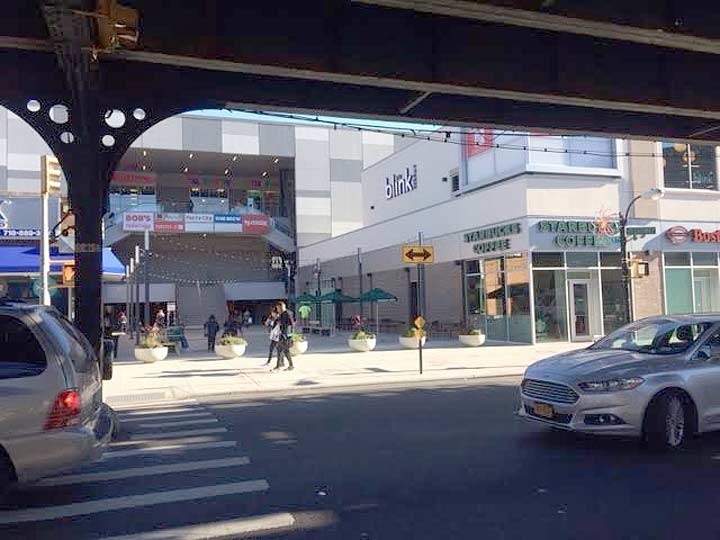 At its intersection with Broadway, Kimberly Place becomes a half-block pedestrian plaza abutting a shopping center that opened in 2013. Street signs indicated that before there was a mall here, this was a dead-end that entered a parking lot. From the mall, one can view the elevated IRT line and the 231st Street Station, with Kimberly Place looking west. 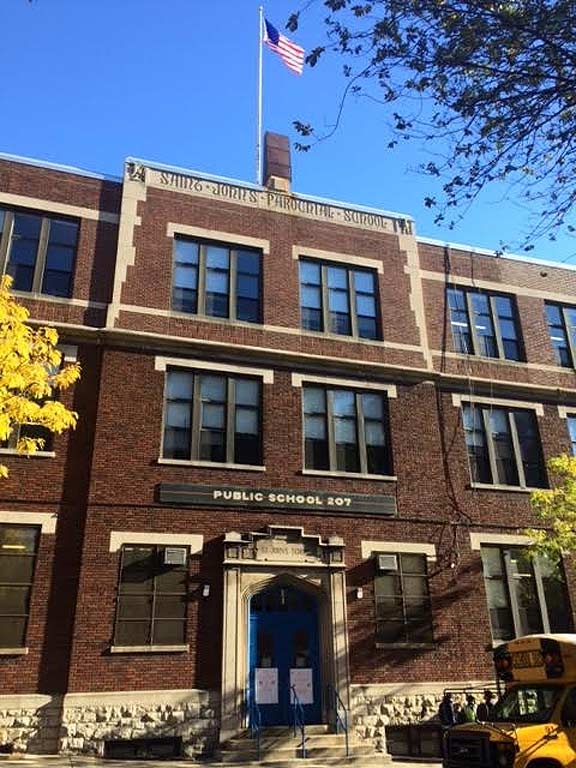 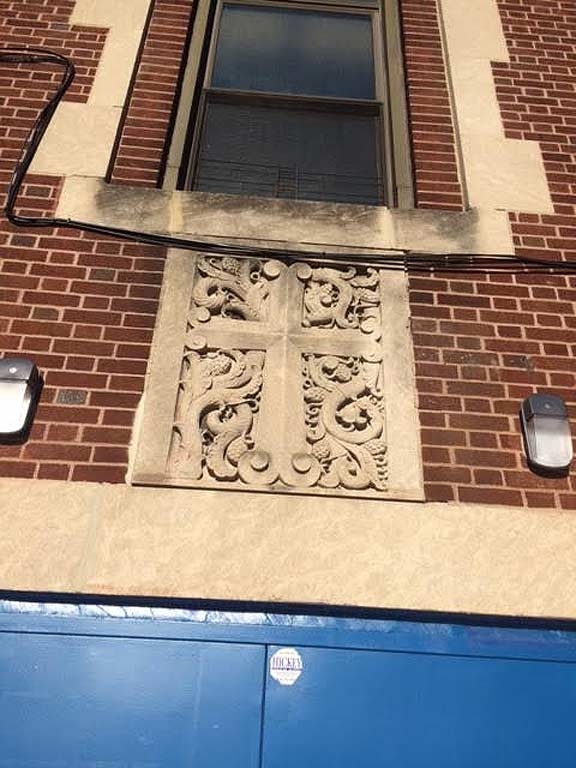 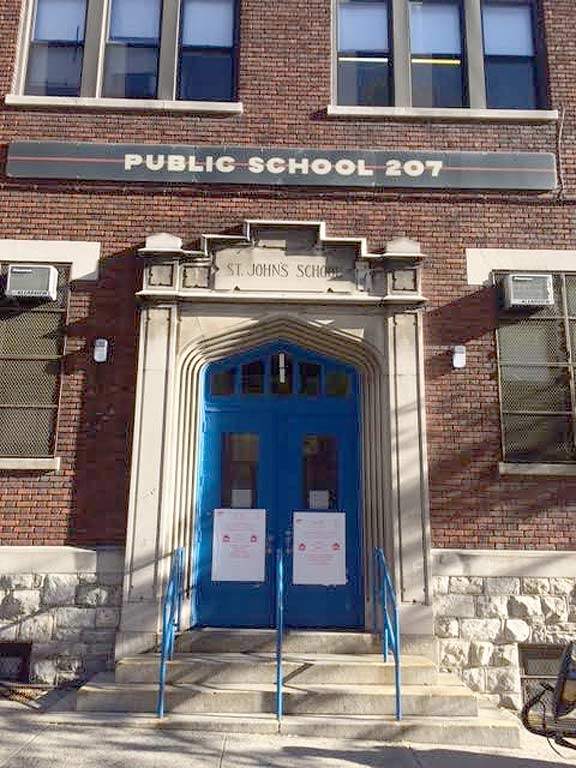 At the western end of Kimberly Place is Public School 207, whose red brick walls and stone trim cornice and corners are reminiscent of the style of early 20th century public school designer C. B. J. Snyder. A closer look, however, reveals that this school once had nuns in its classrooms. The former parochial school of the nearby Saint John ’s Roman Catholic Church, it still has its old name on the façade, and a stylized crucifix above its side entrance. As Catholic Church attendance dwindles, some of its schools have been acquired by the city as public schools. In the transfer, religious artwork and statues are either removed or covered. Don’t tell the ACLU. 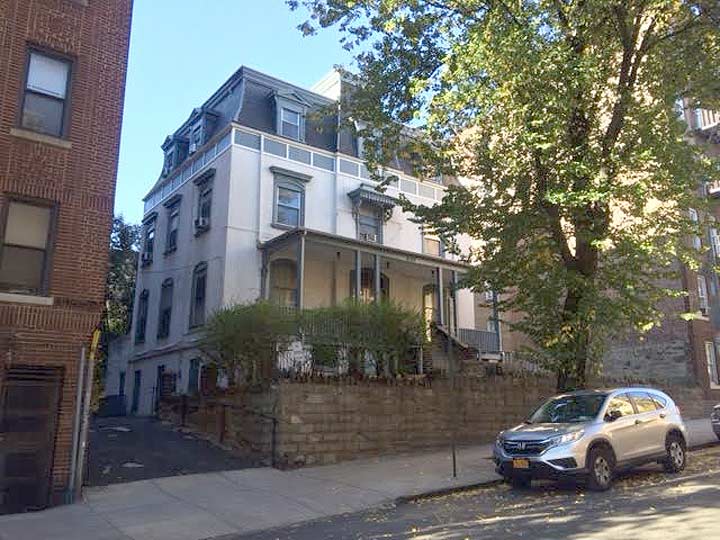 An ideal address for a parochial school is Godwin Terrace, the street that meets Kimberly Place at its western end. Laid atop a ridge that overlooks Broadway, it stretches from 230th Street on the border of Marble Hill, to 232nd Street. Across Godwin Terrace from the school is a beautiful mansard roof residence that serves as the convent for Saint John’s Church. Although this historic structure is not landmarked by the city, it appears safe for now from developers. On either side, it abuts six-story apartment buildings. 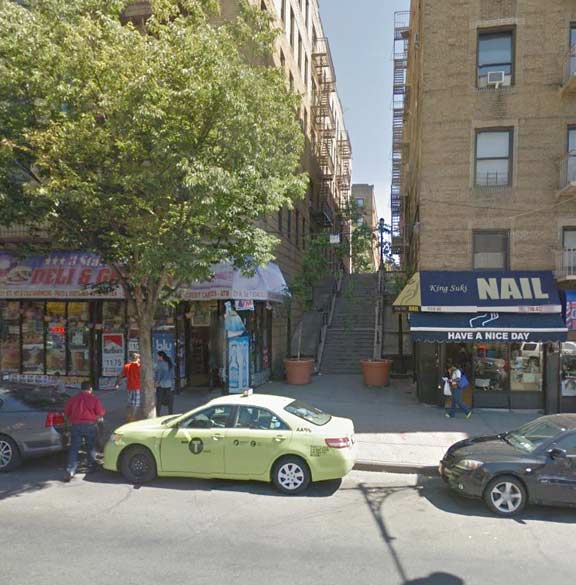 As with Riverdale, Kingsbridge has a challenging topography that requires the street grid to proceed with stepped streets. Godwin Terrace has its steps on the north side of 231st Street. Atop this landing, it intersects the two-block Naples Place, which has its own flight of stairs descending down to Broadway. 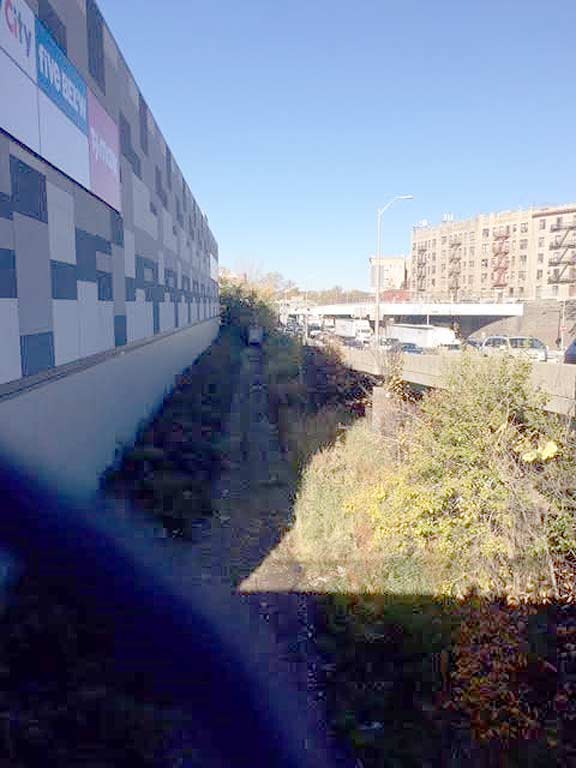 Returning to the shopping center, I then continued east on 230th Street, which crosses the Major Deegan Expressway into Kingsbridge Heights. Following the highway is a thin undeveloped path, the right of way of the abandoned Putnam Branch. There are plans to transform this strip into a linear park that could include a daylighted Tibbetts Brook. 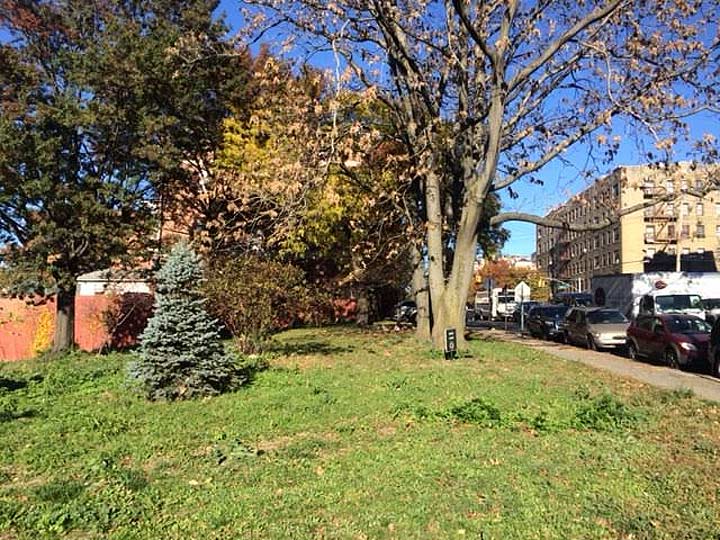 Across the highway is a patch of green dubbed by 1980s Parks Commissioner Henry J. Stern as Siren Slope. The parcel was acquired by the city when it constructed the Major Deegan Expressway in the 1950s and designated as a park. The pun-loving Stern named it Siren Slope in recognition of… 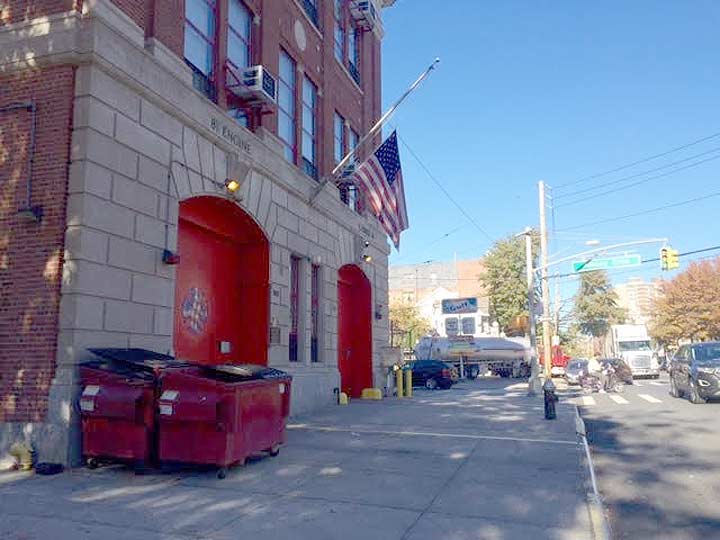 …FDNY Engine81 Ladder 46, a firehouse dating back to 1913, located next to the park. The firehouse is on Bailey Avenue and Albany Crescent, a historical street that was part of the ancient Albany Post Road connecting New York to Albany in colonial times.

Within the park is a small memorial to Paul A. Tegtmeier, a firefighter killed on 9/11. As much as I love puns, perhaps this park would be better off renamed for Tegtmeier. But that’s up to the City Council to decide. 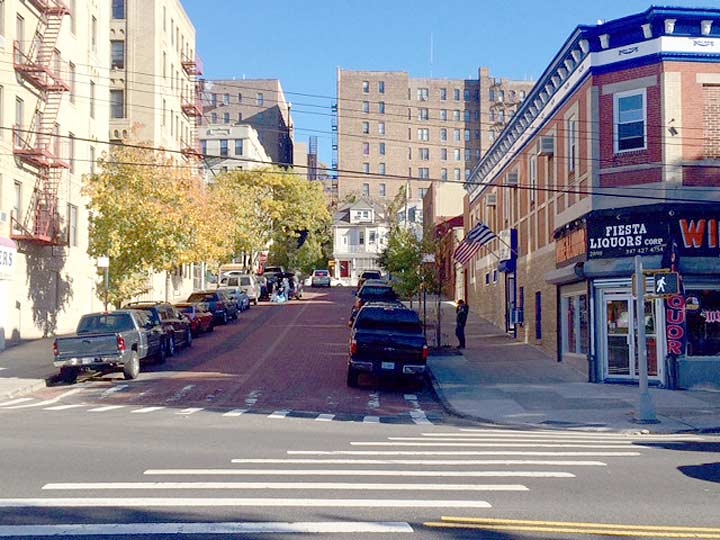 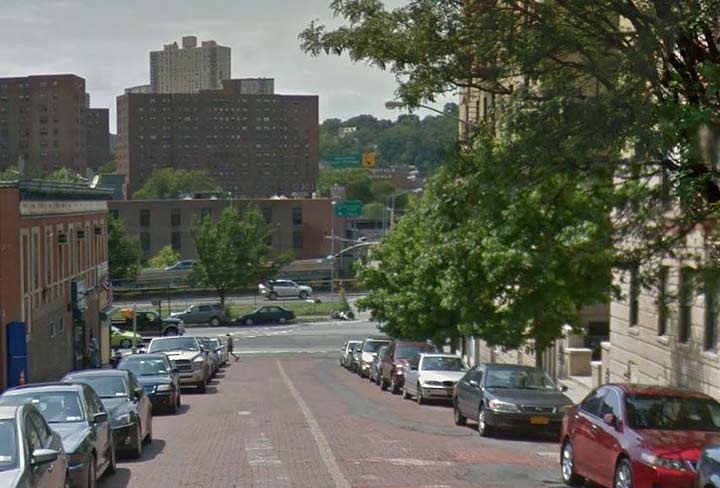 Across the street from the firehouse, I found one more hidden item before returning to my car, a block of 230th Street covered in red paving bricks. It was last visited by Forgotten-NY in 2009. At the time, its stepped connection to Kingsbridge Terrace was under reconstruction. The steps have since reopened.

There was a wonderful dirt road near the firehouse on Albany Crescent we walked and that horses rode when I was a child in the 1940s before the major deegan highway was built and opened in the area in 1955. It was very much like the aqueduct that exists today in the villages of Dobbs Ferry, Irvington and Tarrytown, etc. in Westchester county. After the highway was built, remnants of the road which led into Van Cortlandt park was built over by newer apartment buildings next to Visitation church. It was a wonderful road to walk from West 231st Street near Broadway to the park with my family on a Sunday or weekday with my mother. Men would play bocci and families would sometimes sit out near the road on a sunny day while horses from the park stables would ride by. I would love to read something about this old road that was one time dotted with NYC milestones that seems to have disappeared from reference in the local history of the area.