Look at a map of Staten Island and you would see a point of land on the Great Kills waterfront stretching on its southern shore wrapping around an oval-shaped harbor. This hook is Crooke’s Point, an oceanfront wilderness managed by the National Parks Service. Tranquil by design, this former city park is another example of an ambitious Robert Moses plan that was never completed as intended. 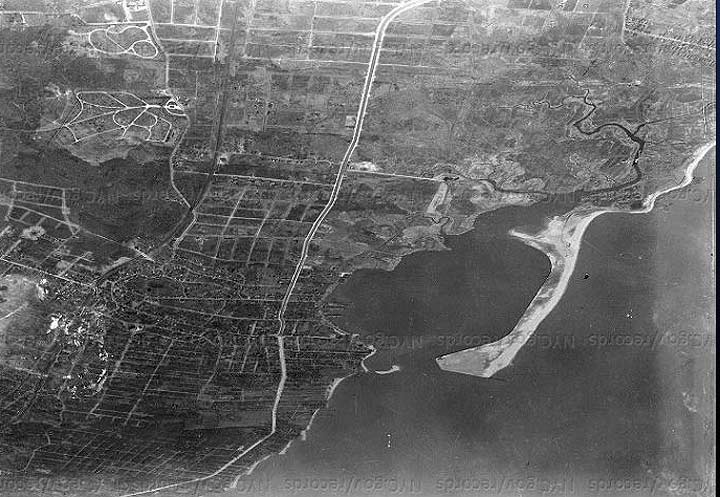 Depending on the tides and storms, Crooke’s Point fluctuated in status to being an island or a peninsula. As with the coastal barrier islands on Long Island, Rockaway Beach, and Coney Island, the westward flow of the current also resulted in the continued extension of Crooke’s Point towards the west. In 1860 naturalist John J. Crooke built a shack on this spit of sand that now carries his name. In 1929 the city acquired Crooke’s Point with the intention of building a park. From 1944 through 1948, 1.5 million cubic yards of sand were used to expand the point, along with another 15 million cubic yards of trash from across the city. A steel bulkhead was constructed around the shore of Great Kills Harbor. 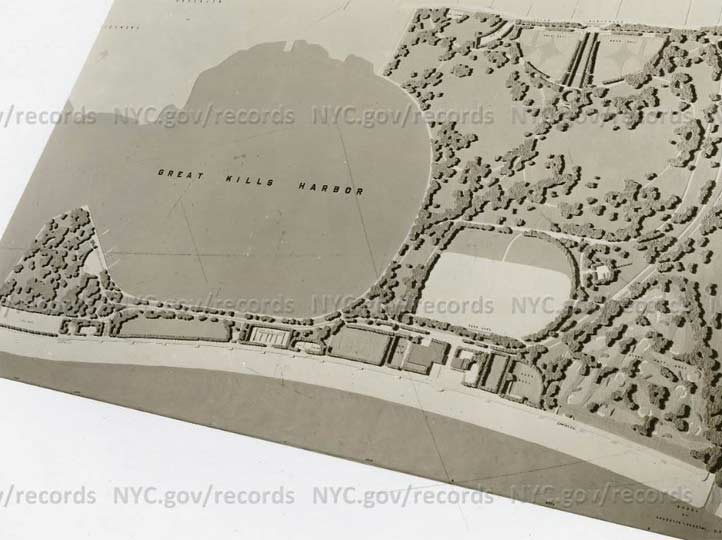 The plans for Great Kills Park included a beach, ballfields, nature trails, and a golf course. It would have had as many offerings of activities as other nearby Moses-designed beaches, such as Jones, Orchard, and Riis. Willowbrook Parkway would have connected this park with other highways on the island, running north to Bayonne Bridge. The planned highway appeared on maps through the 1970s but only the section between Victory Boulevard and Bayonne Bridge was completed. The rest of its planned route was rezoned as the Staten Island Greenbelt, a series of connected parks. 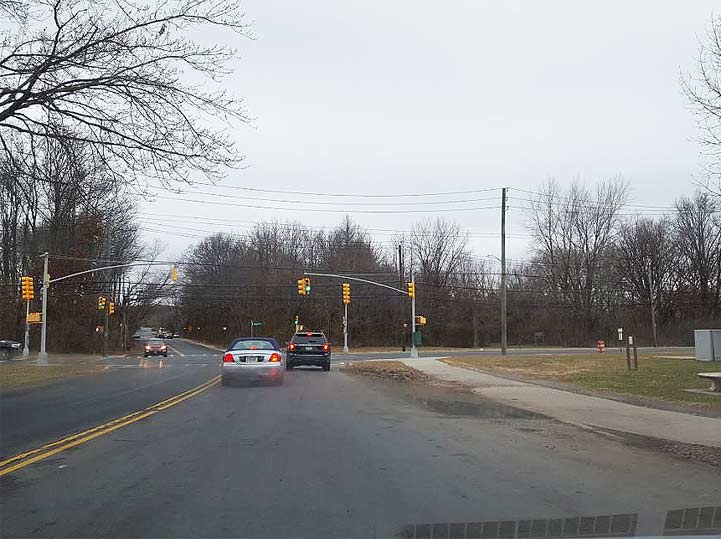 At the entrance to the park where Hylan Boulevard and Buffalo Street intersect one sees thick woods across from Great Kills Park. This is the southern arm of the Greenbelt that was intended for the parkway. Through this forest one can hike to High Rock Park, LaTourette Park, and Willowbrook Park without leaving the woods. 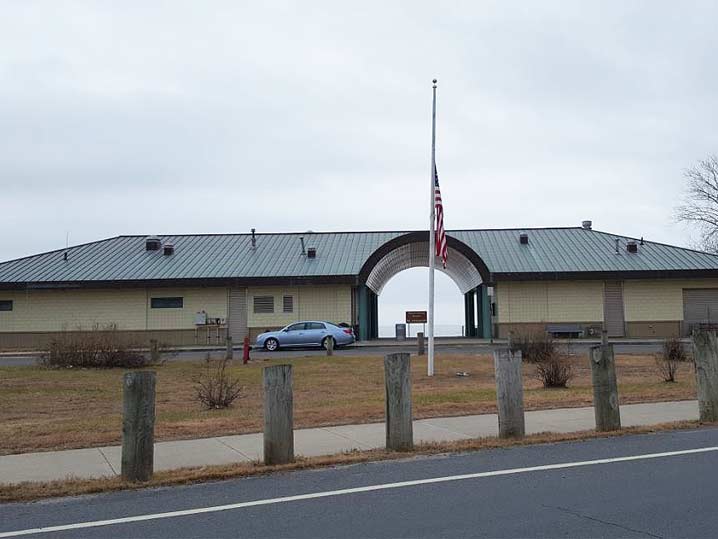 Crooke’s shack is long gone and there are few buildings to be seen on the point. Unlike the city’s other capes, this one never had a fort or lighthouse. In 1972 the city transferred most of Great Kills Park to the National Parks Service and it became a unit of the Gateway National Recreation Area. The island has two other NPS sites that are part of this larger park: Miller Field and Fort Wadsworth. 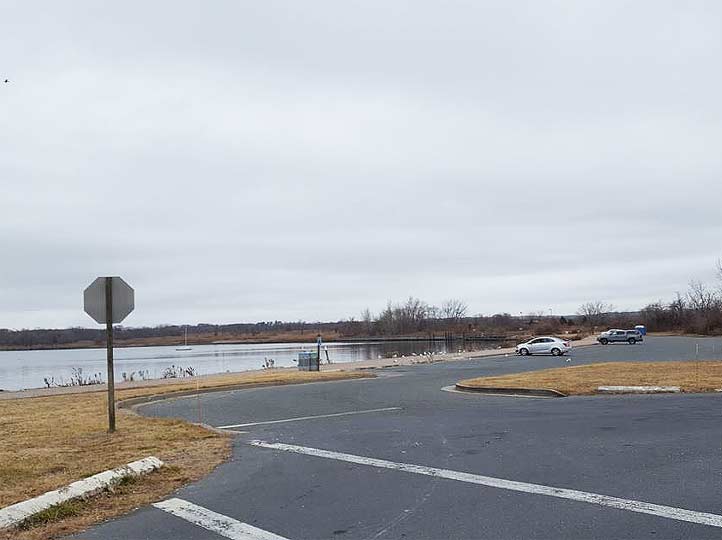 Behind the head of Great Kills Harbor is a prairie that grew atop landfill. This section of the park contained ballfields, a running track, and a model airplane field. The discovery of radium contamination from the landfill in 2009 has kept nearly half of the park closed to the public. 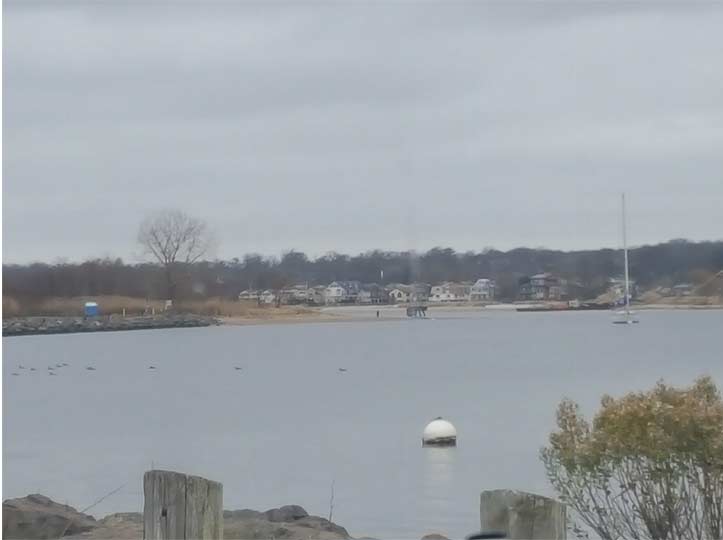 The inlet connecting the harbor to Raritan Bay has the Great Kills neighborhood on its mainland side. Over there one can visit Seaside Wildlife Nature Park with its wacky nautical-theme playground, and Crescent Beach Park, an undeveloped stretch of waterfront. 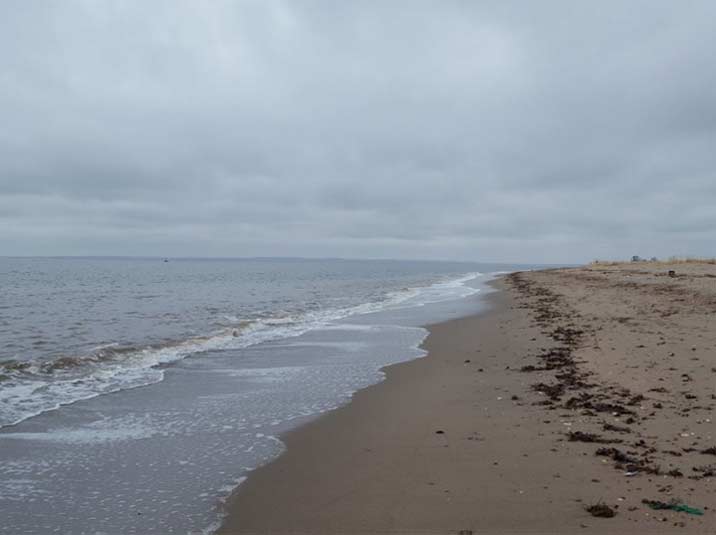 The tip of Crooke’s Point marks the invisible line between Lower New York Bay and Raritan Bay. The former widens into the ocean with Norton’s Point and Sandy Hook as its other tips, while the latter serves as the funnel of this arm of the ocean, fed by the Raritan River and Arthur Kill. From this beach one can see the New Jersey Highlands, a couple of lighthouses built on shoals, and the horizon of the ocean, which stretches for thousands of miles before one would hit land in Europe. 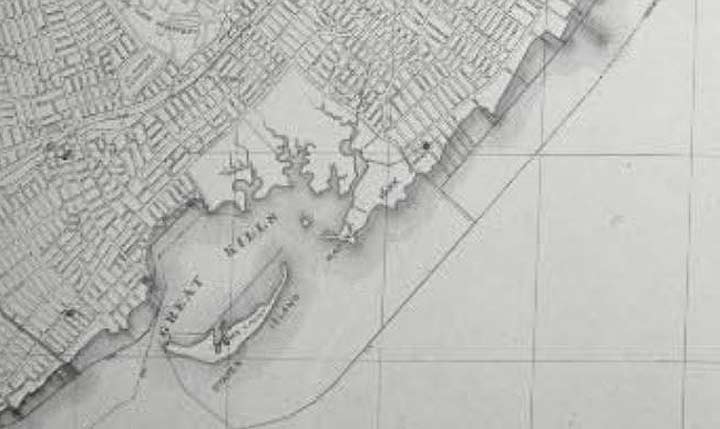 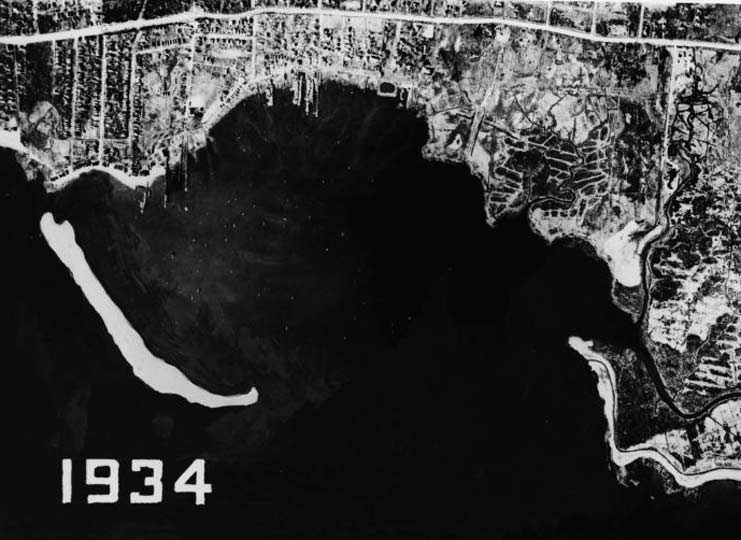 As with my previous photo essays, old maps tell the story of a land transformed. Prior to its acquisition by the city, Crooke’s Point was a sandbar that sheltered the Great Kills Harbor from the ocean, as seen on this 1930s map and 1934 aerial survey from the NYC Parks Archives. 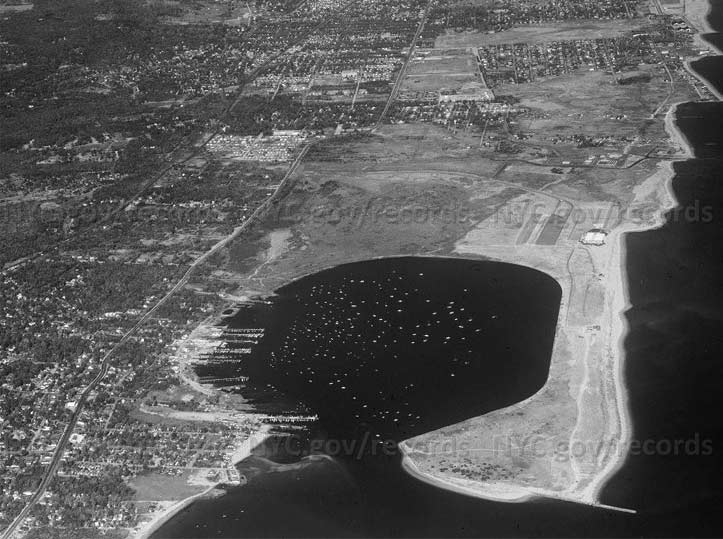 By 1959 the point had assumed its present shape as seen in this photo from Municipal Archives. In the background are the neighborhoods of Oakwood Beach, Midland Beach, and South Beach. Running parallel to each other are the main line of the Staten Island Railway and Hylan Boulevard.

If you like Crooke’s Point, you can read about my previous essays on the city’s other tips, including Throg(g)s Neck, Breezy Point, College Point, Clason Point, Red Hook, Corlears Hook, Kingsborough Community College, and Hunters Point. I’ve made my point. [oof.—ed.]

It also was a garbage dump.

Yes, and reopened as I understand after 9/11. As a dump that is. Now back to a park I understand.